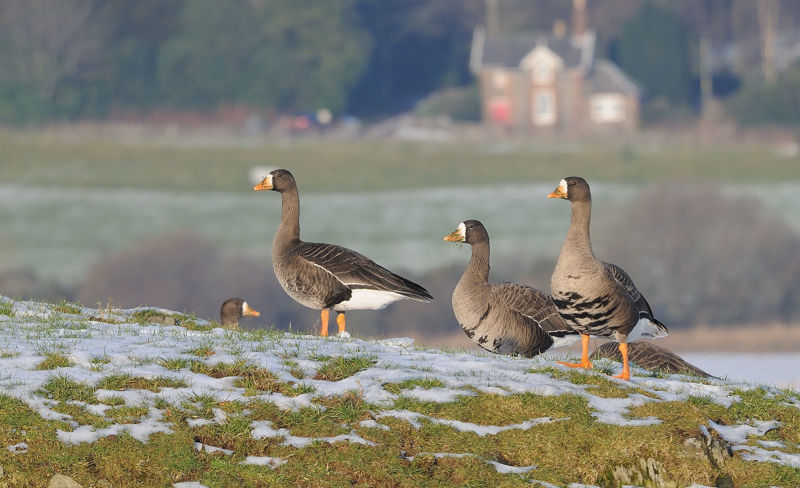 A typical Saturday evening conversation between two young Glaswegians lads might go like this “whar’s yar bird the nicht Jimmy”, roughly translated to “where is your girlfriend tonight Andrew”. That Scot’s slang, I suspect, derives from the beauty in our feathered friends and although Jimmy’s bird may indeed spend a considerable amount of time in front of a mirror preening ready for her night out, our feathered friends also have to take great care over their plumage and appearance. Feathers make up their colour, size, shape and flight. Known to birdwatchers as jizz, the way in which they recognise one species from another.

Over the centuries man has found many diverse uses for feathers, but in most cases it’s merely been an adaptation from their natural functions. They have been worn as a sign of power and authority, in religion and as a fashion statement both at home and abroad. They have also been used as every day items such as quill pens or on the end of arrows in war. Aeronautical engineers in the wing design of planes have adopted the shape of a bird’s wing, a thick and rounded leading edge whilst the trailing edge is thin and blade-like.

Feathers on a bird are essentially of two types, Down feathers for insulation and Pin feathers for flight. The latter are relatively long, strong and flexible quills allowing them to bend without breaking. The most distinctive of Pin feathers are those that make up the wings and tail. Down feathers are found close to the body and have a short quill, very soft and fluffy, keeping the bird warm by trapping air between the body and the outer feathers. The air is warmed by the bird’s body and in very cold weather larger quantities may be trapped by means of the bird fluffing out its feathers, increasing the effectiveness of the insulation. Eider Ducks are the species best known to most for their down feathers, often used in the manufacture of quilts and pillows.

Feathers that combine the characteristics of both Down and Pin feathers are mostly found on the bird’s body and are known as contour feathers. In addition to their use as insulation they can be used to alter the bird’s surface shape. This is helpful in flight and during courtship for defence and aggression displays.

Since feathers are essential to every bird’s survival, it’s only natural that they should devote a considerable time and attention to their care.
During the course of hunting, feeding and escaping danger, in whatever form it comes, feathers will become dirty, disarranged and damaged. Birds also have a number of unwelcome parasites, some of which can damage their plumage. These are often dealt with by water or dust bathing and if all that fails some species allow ants onto their plumage to rid them of these unwanted pests.

No matter how careful a bird maintains it’s plumage, permanent damage is caused to individual feathers from time to time. This is part of the reason why every bird moults its feathers. Moulting varies from species to species, some undergo this prior to migration, and for others it may be just before or just after breeding. A few species such as swans and geese become flightless for a few weeks in late summer whilst they undergo a full wing moult making them very vulnerable to predators at this time. On other birds you may hardly notice, as it’s just a few feathers here and there over a prolonged period.

At the end of the 19th century feathers became an important fashion item in a lady’s wardrobe. Certain species were hunted and some even domesticated to provide feathers for this trade. The demand for ‘aigrette’ plumes from Herons, Egrets and for the skins of Great Crested Grebes led to these birds becoming endangered. This in turn led to the formation of conservation groups such as the RSPB.

How many feathers on one bird? As with most things there is no straight answer. A swan may have around 25,000 individual feathers; where as a small Humming Bird may only have around 900. But suffice to say large birds tend to have more feathers than small birds and those living in colder climates will have more than those found in the tropics.

Remember to check out www.wildseasons.co.uk for this year's Wild Spring Festival in Dumfries and Galloway. Over 100 events
Thanks for looking